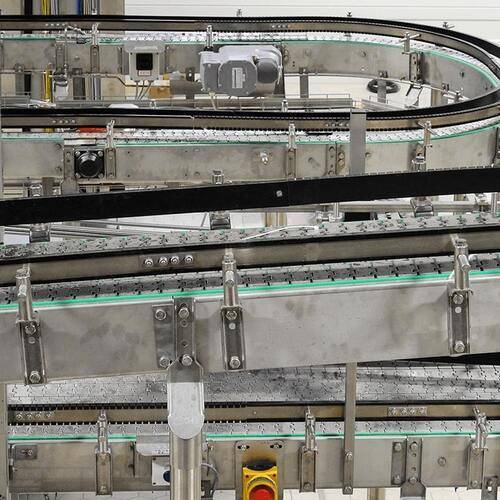 Home / News / Modular Conveyor Belts – Everything You Need to Know

Modular Conveyor Belts – Everything You Need to Know

What are Modular Conveyor Belts?

Modular conveyor belts are a solution used in applications and industries where curves are needed within the belting. This is traditionally a logistical requirement to ensure efficient use of space and facilities around the conveyor belt. Furthermore, the modular belt uses a positive drive to move the conveyor forward rather than friction to pull the belt, as traditional conveyor belts use. The modular conveyor belt uses sprockets underneath the belt to help it move forward. The key here is in the design of the belt to ensure the right number of sprockets are used to fit the belt’s requirements and ensure optimal performance.

What are Modular Conveyor Belts Made from?

Modular belts (often referred to as ‘Radius belts’, are made using segmented pieces of treated plastics connected with hinges and rods. The purpose of this is to allow the conveyor belt to run smoothly around corners without collapsing along the curves of the belt. Modular conveyor belts are made this way for the food and chemical industries. This belt material is easy to maintain and clean, making it low maintenance.

Due to the construction of the modular belt, should a segment of the belt break, it is extremely efficient in fixing. The broken segment is removed from the belt, and a new segment is added. This ensures the belt is low-cost to maintain and does not need to be fully replaced should a piece break.

As with any conveyor belt, the environment and requirements determine the material used. Plastic module belts are no different. For example, the requirement for a post-oven biscuit production modular belt will differ from that of a modular plastic belt needed for cold chemical production and conveying. Therefore, it’s important as the customer that you know your true requirements before engaging a modular belting designer. The types of plastic and material traditionally used in modular conveyor belting are:

This material is used for belts that may be used in extremely hot temperatures of up to 100’C. The hardness of this material creates a strong pulling force, which is great for conveying heavier loads as it drives the belt forward. Additionally, the Polyproplene belt has strong chemical resistance, so cleaning and wiping down should be relatively easy for the belt operator.

This is the ‘all-rounder’ of plastic belt types. It is typically strong and can work in extreme temperatures at both ends of the spectrum; be it super cold or extremely hot. This material is, again, typically hard and has great pulling force. Still, it also has a reduced friction characteristic, supporting the conveyor belt and the product conveyed. However, this belt is traditionally sensitive to impact and can be damaged easier than other plastic module belts.

As a belt used in colder temperatures, this belting material also has a strong resistance to impact and blows. The belt can be used in areas of up to -75’C, and due to its strength resistance to impact, the belt has a much longer lifespan than its counterparts.

What Industries Use Modular Conveyor Belts?

Towards the cooling phase of biscuit production, where the biscuits have been packaged and distributed to lorries etc., to be shipped to customers, modular belting is used to move the heavy boxes to their final destination.

Across all industries requiring cooling belts, the modular belting solution can be used in tandem with woven belting to help manufacture cool elements. Typically Polyacetal and polypropylene belts are used in cooling systems as they possess a much higher performance in extremely cold temperatures.

Again, due to their ability to perform in extreme environments, and their resistance to chemical contamination and abrasion, modular belting is seen as the ideal solution for chemical and medical production. The belt is often used in pharmaceutical and chemical conveyor systems.

Plastic module belts must be FDA approved to be used in food production. This ensures no contamination when the food is processed and manufactured through the conveyor line. Polyethene and Polyproplene belting is traditionally the go-to plastic module belt for food production due to their ability to not contaminate the food. However, polyacetal is not usually recommended.

Nylon material can also be used in modular conveyor belts and is FDA-approved. Nylon can be used in warm and cold areas as it performs in temperatures ranging from -45’C to 160’C. Nylon is a soft material with a good pulling force, high impact strength, and great chemical resistance.

Strength is different to impact strength. This is the strength by which the belt can use the force to convey heavy loads around the conveyor effectively and efficiently without causing collapses or stoppages.

What Does Pulling Force Mean?

There is a serious science behind the design of a modular belt. In a traditionally straight conveyor, the pulling force will be equally distributed throughout the entire belt, ensuring no transversal force occurs along the belt. This is an entirely different prospect in modular conveyor belts due to the curvature of the belt. In a radius belt, when the belt is pulled through a curve, the rows of the belt can come together, causing a collapse of the transfer of force that isn’t shifted correctly. If this were to happen, the traction force of the belt would need to be shifted to the outer curve to counteract the collapse of the inner curve.

The timing of this shift of force is key to ensuring a smooth conveyor solution, and typically, the shift has started before the curve has begun to further safeguard the curve from collapsing. The outer links of the modular belt carry the tangential force. This causes the radial force to take place along the curved section of the belting.  As the belt weight and carry the load (product being conveyed) must be pulled, the highest traction force occurs at the end of the belt.

The strength of the modular belt will always be in the ‘straight pull’. Therefore a conveyor designed with curves earlier in the belt solution finalized with a straight track is always the preferred solution for the most effective radius belts.

Using a positive drive means the modular belt is a more ‘user-friendly’ and flexible conveyor solution. Plastic modular belting is a low-tension solution, allowing the use of fewer pulley’s throughout the belt. Furthermore, there is much more freedom in the design of a modular conveyor belt. For engineers and belting designers, the freedom of the modular belt is that it can, in theory, be wider than long and maintain tracking in the process.

Historically, this belting type has been used to navigate curves and corners and does so well when designed correctly; there isn’t another belting solution that can do this, too, for the same price. Woven belting can be manufactured to navigate curves similarly to Modular conveyors. However, this is cost-prohibitive in relation to the modular belt solution. Finally, the belt is easy to maintain, clean and fix. This makes the belt an agile proposition and one many industry experts recommend, given the solution’s requirements.

Let’s talk about your dream project. 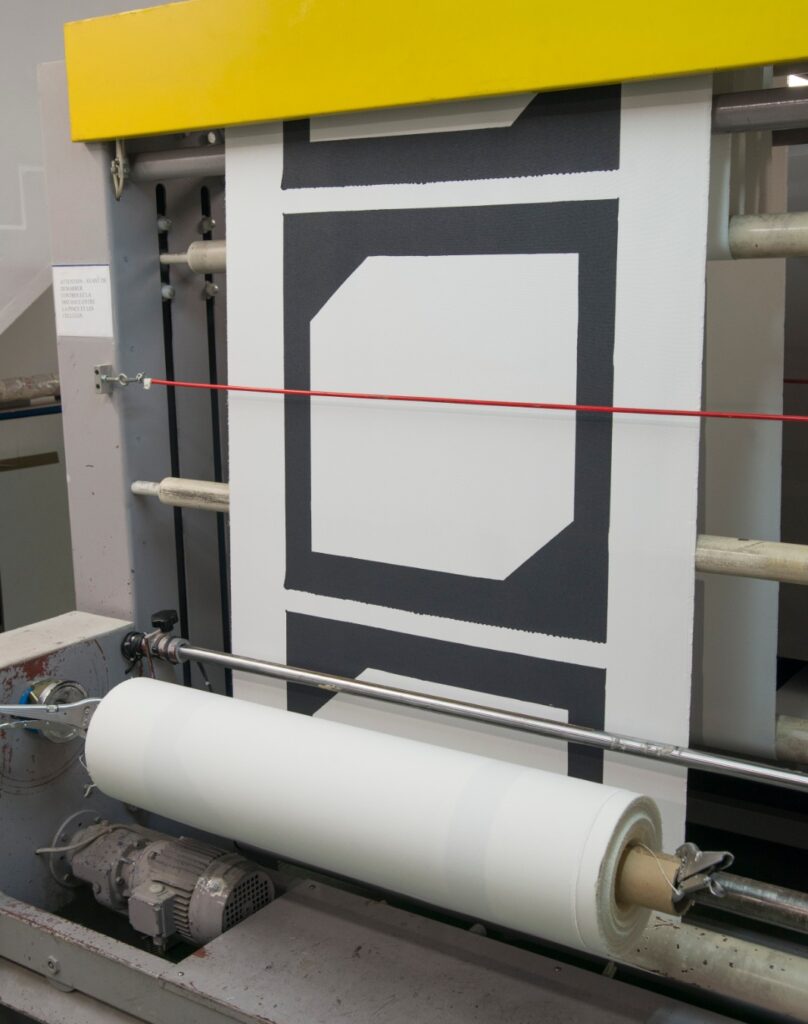 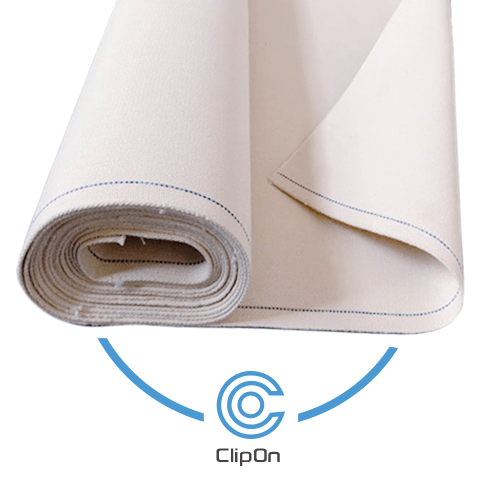 An Introduction to the Manufacturing of Bag Filters

What are Bag Filters? A bag filter is a form of air filtration media used within manufacturing units. The purpose of bag filters, as with any filter, is to remove

Industrial baghouses and filtration systems are critical components in many industries, so selecting the right fabric is key. But with so many different fabrics